Is Boston the Biotech Capital of the World?

In the wake of the COVID-19 pandemic, one thing is more evident than ever: Boston is the biotech capital of the world. While the virus wreaked havoc on the global economy, its emergence actually bolstered the city's life science industry even more. Last year, nearly $3.3 billion in NIH funding poured into Massachusetts – and billions of dollars more were secured through venture capital funding. Many factors contribute to the city's place at the top of the life science echelon, including its high concentration of biotech firms, research hospitals, colleges, and universities. They will continue to make the Boston area ground-zero for all things biotech. 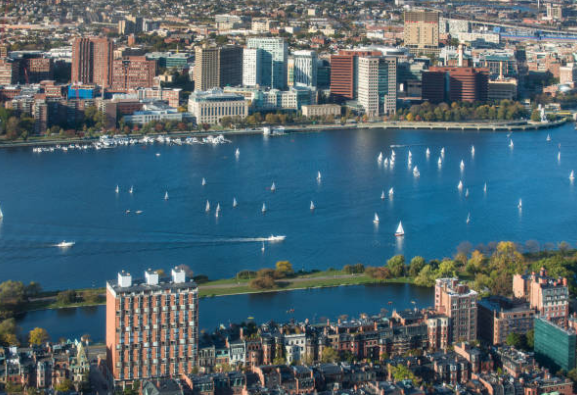 A Spirit of Innovation

Although it may seem like it, the city's biotech industry has been a steady force in the region for many decades. It all started during the 1970s when the Cambridge City Council voted in favor of allowing DNA experimentation to be conducted within the Cambridge city limits. Biogen, a leading genetic engineering firm, immediately set up shop in the city, becoming the first biotech company in the region. Today, more than 1,000 biotech and life science firms are located in Greater Boston – and demand for lab space is higher than ever.

Boston: The National Capital of the Life Science Industry

A February 2019 report ranked Boston first in the world for funding from the NIH; Massachusetts ranked first for venture capital funding for the same period. Boston also ranked as the top market attracting graduates with life science degrees. The city ranked second in terms of the total number of life science employees, and it was the second-fastest at increasing their numbers. Another report from January 2020 estimated that the industry would add nearly 12,000 more jobs through 2024, bringing the total number of life science jobs in the state to more than 100,000.

Thanks to its high concentration of colleges and universities – there are 122 of them across the state – Massachusetts has a broad pool of talent from which biotech firms can draw, which is another big reason for its prominence in the biotech industry. Competition is fierce for new hires across the industry, and it can take employers up to three months to fill positions. As of early 2019, the average salary for a life science employee was around $123,600 per year, and the average annual bonus was about $30,000. This has produced an influx of affluent tenants across the region, contributing to soaring rent prices and sale prices.

A Tradition of Collaboration

Another thing that has helped Boston emerge as a significant biotech capital is the region's longtime tradition of collaboration. Local government agencies, teaching institutions, hospitals and private sector firms routinely join forces to develop new treatments and other products. The state's small size works in its favor, producing a clustering effect that has brought these disparate parties closer together. The government has long been a major proponent of biotech in the state too. The Massachusetts Life Sciences Act, enacted in 2008, set a $1 billion funding goal for the industry. As of June 2018, the state had invested or committed to invest $650 million; the act was renewed by Governor Barker, ensuring ongoing access to funding for the foreseeable future.

The presence of top research hospitals like Massachusetts General Hospital, Brigham and Women's Hospital and Dana-Farber Cancer Institute has been attracting biotech firms of all sizes and scopes to the region for years. Many are headquartered at Kendall Square in Cambridge, including Amgen, Novartis and Pfizer. MassBio Edge, a purchasing consortium, provides immense buying power to its members. The Massachusetts Life Sciences Center, or MLSC, invests millions of dollars in local biotech and life science incubators. It should come as no surprise, then, that biotech firms of all sizes and scopes see significant potential in Greater Boston.

Even in the wake of the pandemic, Boston remains the number-one biotech hotspot on the planet. If anything, it has cemented its place there even further. This has prompted skyrocketing demand for lab space, which is at a major premium across the region. Millions of additional square feet of life science space are in the pipeline, but much of it is already pre-leased. Therefore, we can expect to see continued low vacancy rates and rising lab rents for the foreseeable future.