A Nantasket Beach property owner hopes to bring a new apartment development to a former South Shore amusement park site. In December, Chris Reale applied for a special permit to build The Dunes at Paragon Boardwalk, a proposed 140-unit apartment development. If approved, Reale hopes to see construction begin on the complex as early as September of this year. The proposed development will cost an estimated $32 million to build, and it is expected to generate roughly $500,000 in local tax revenues. 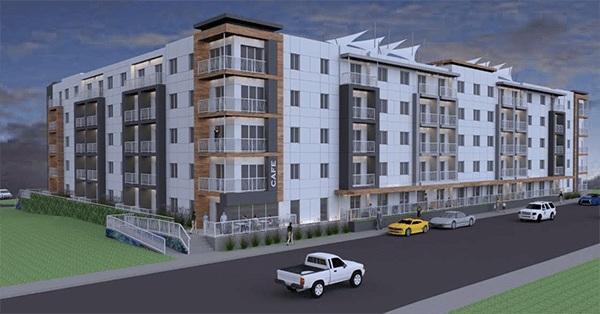 Courtesy of The Dunes at Paragon Boardwalk

The last remaining arcade buildings from the long-defunct Paragon Park amusement park will be cleared to make room for the new development. Reale and his business partner, Chas Buggini, razed a portion of the building in the summer of 2019 to clear space for their Paragon Boardwalk project, so some of that work is already finished. In 2017, when he purchased the Nantasket Avenue property, which included the arcade buildings and an adjacent minigolf course, Reale paid $2.2 million. At the time, he reportedly wanted to revive the former amusement park, but those plans were scrapped along the way – and they have been adjusted even more in the wake of the COVID-19 pandemic.

Paragon Park was built by the New Haven Railroad before the Civil War, and the amusement park there opened in 1905. The park operated until the end of the 1984 season, and the property was sold to a condo development group the following year. Throughout its history, the park, which attracted visitors from across New England, survived economic downturns, two world wars and a few major fires and storms. Its beachfront rollercoaster helped it to stand out and became something of a local landmark. The Paragon Park Carousel, which was opened in 1928, was purchased by a group of local investors in 1986 and moved a short distance; it is now located near the proposed new apartment development.

Reale envisions The Dunes at Paragon Boardwalk, which will likely include year-round ground-floor retail, as a new, flashy entrance to Hull. The development will feature a five-story apartment building with one- and two-bedroom apartments. Reale reportedly hopes to offer one-bedroom units for less than $2,000 per month to attract interest. The complex will also include an outdoor swimming pool and cabana, and it will be located along the Paragon Boardwalk, another Reale project.

The boardwalk opened in the summer of 2020, right when the COVID-19 pandemic was ramping up. This turned out to be fortuitous thanks to the pandemic lockdowns and quarantines, which generated strong new demand for outdoor space. The boardwalk's outdoor portion includes a performance stage, outdoor seating, a volleyball court, and several shops. Food vendors operate out of five recycled shipping containers that lend the boardwalk a funky and unique look. The indoor portion of the boardwalk, including an arcade and food and drink service, has been and remains closed due to the pandemic. 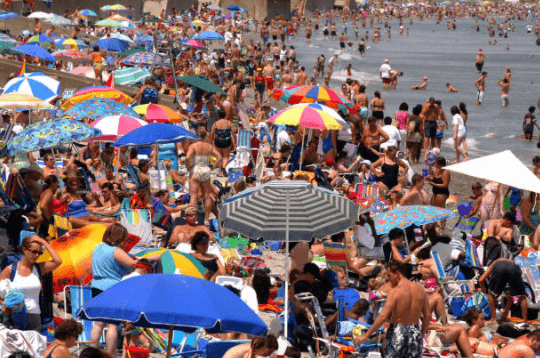 In 2021, the outdoor portion of the boardwalk will be run by independent operators. They include the owners of two Quincy restaurants, Pearl & Lime and the Townshend Tavern, who have been enlisted to operate concessions. The restaurant owners have promised traditional beach fare and ice cream treats along with a variety of specialized food concepts and bars. A renewed emphasis on outdoor family activities and fitness classes should spark more interest in the development too – especially if lockdown conditions persist and people have to look for outdoor activities to enjoy.

Although the new development is slated to include ground-floor retail space, it may sit empty for some time. The Berkley Place condo development at 153 Nantasket Avenue, for example, still hasn't filled its vacant retail space. Demand for year-round retail isn't there just yet, but Reale and his partner hope that the new apartment development will help change that by drawing in full-time, year-round residents to Hull and surrounding areas. As the boardwalk generates more buzz, The Dunes at Paragon Boardwalk and other developments should be able to attract them more easily, so the area may change rapidly in the years to come.