If you’ve ever wondered what the city of Boston looked like from above way back in 1860, you’re in luck. The oldest surviving aerial photo happens to be one that was taken above Boston that year, and it’s something to behold. Some of the real estate in this photo has survived into today however much has been torn down to make room for Boston's skyscrapers. 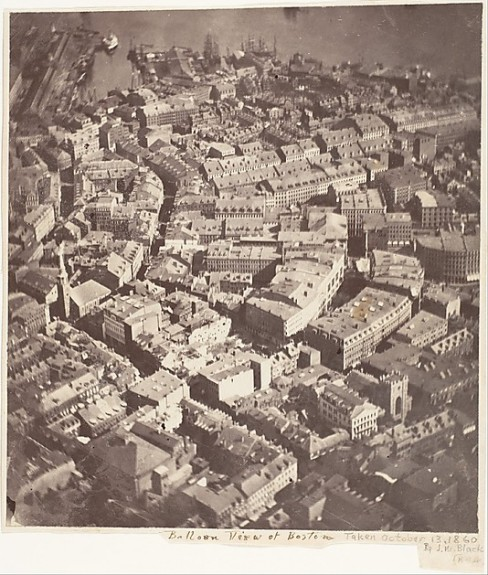 The photograph in question was snapped by James Wallace Black, and it launched a career that was eventually defined by the photos that he took following the horrendous Boston fire of 1872. Black was fortunate enough to be invited aboard Samuel King’s hot-air balloon, the Queen of the Air, which drifted approximately 2,000 feet above the city on a clear day in 1860. At the time, the city was already more than 230 years old and had already cemented itself as one of the most important cities in the United States.

Old though the photo may be, it’s technically not the oldest one ever taken from the air. The first hot-air balloon flew untethered over Paris, France, in 1783. The first officially documented photograph was taken in 1826. It wasn’t until 1858 that the two technologies converged to produce an aerial photo of Paris. However, that photo – which was taken by Gaspard-Felix Tournachon – has been lost to the ages. The one of Boston, which came just two years later, exists to this day and can be found at New York’s Metropolitan Museum of Art.

At the Met, the photo is displayed under its official title: “Boston, as the Eagle and the Wild Goose See It.” There’s even an interesting story behind the title of the photo, and it has a Boston twist. Oliver Wendell Holmes, a professor of medicine at Harvard and famous poet, opined about the photo in a July 1863 article in Atlantic Monthly; he also gave the photo its title.