Super Tuesday was an especially big day for voters in Newton, MA, who had the opportunity to oppose or approve of zoning changes that would pave the way for a proposed 14-building mixed-use development in the Upper Falls area. With the vote and approval out of the way, demolition work on the site, which currently includes a strip mall, is expected to start by the end of 2020. 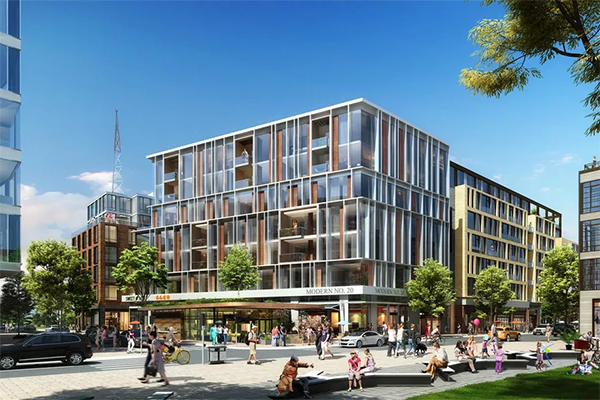 In addition to being within close proximity of Route 128, the new development will be within a reasonable distance of the Newton Highlands MBTA stop, which services the Green Line. As part of the deal that was struck with the Newton City Council, the developer Northland will offer a shuttle service between the development and the MBTA station. This concession was made to ease fears about how traffic will be affected by the project.

In addition to the 800 apartments, the new mixed-use development in Upper Falls will include 180,000 square feet of office space and 115,000 square feet of retail and community space. Northland has also stated that it will reserve 10 acres of the land as privately-owned public space. This detail also appealed with voters because it ensures that a decent percentage of the land will remain open and green. Described as the largest project of its kind in Newton’s history, the mixed-use development will also result in $1.5 million in funding from Northland for improvements to a local elementary school.

Stay tuned to Boston City Properties for future updates regarding the Upper Falls project and other developments in the world of Newton commercial real estate.