The COVID-19 global pandemic put a screeching halt to the ongoing flurry of construction activity that had dominated the city of Boston for years. For the first time in recent memory, the whir and bustle of construction equipment was silenced. Not surprisingly, this eerie pause wasn’t fated to last for long. With many in-the-works projects put on hold and upcoming ones pushed back to later dates, developers, investors, business owners and other interested parties were chomping at the bit to get things moving again. However, before that could happen, the city had to get on the same page as the Commonwealth regarding how construction would be phased back in again. 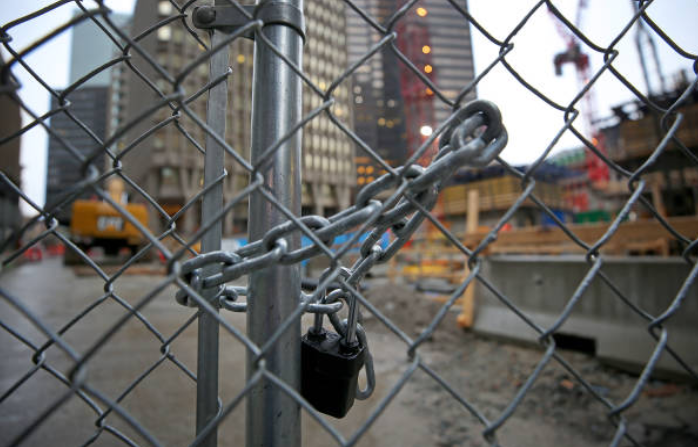 In early May, Boston Mayor Marty Walsh announced a new three-tiered construction restart plan that would bring the city in line with Massachusetts in terms of how construction projects would be phased back into production. Prior to this, the city and commonwealth had been at odds about the situation primarily because their definitions of what constitutes “essential construction” differed significantly. The issue arose on March 16, when Walsh issued a mandate ordering non-essential construction projects totaling 21 million square feet to cease by March 23. In the interim, the only construction projects that were allowed to continue were those for healthcare, education and critical infrastructure work. Nearby localities like Cambridge and Somerville followed suit.

Governor Baker didn’t see things the same way. His emergency order defined all construction as an essential service, which meant that all types of construction projects would be permitted to continue. The governor was not swayed even when he was asked to reconsider this aspect of the order by the Massachusetts Building Trade Council. However, the city of Boston continued to pause the majority of construction projects as the mayor and his team worked out a compromise.

That compromise was codified in the COVID-19 Safety Policy for Construction mandate that was issued by the mayor’s office. The mandate covers the manner in which the city will incrementally reopen construction projects. Depending on the category of construction that is involved, certain types of projects will be permitted to resume earlier than others. This approach represents a compromise between Boston and Massachusetts because the city wanted to halt all projects indefinitely while the commonwealth considered all such projects to be “essential” and therefore able to be completed.

Construction in the city therefore started being phased back in during early May. First, the city allowed for projects that were deemed essential by the commonwealth to resume immediately. However, those projects also had to present an approved safety plan before work could begin again. Additionally, they had to provide signed COVID-19 Safety Affidavits. Before work could begin on any given job site, sites had to be prepared to address new health and safety measures. Developers were required to provide the city with site-specific coronavirus safety plans before they were permitted to resume work.

Those projects were allowed to resume, and the city allowed another week to pass before initiating phase two. In this phase, which started on May 18, developers who had signed affidavits and who had otherwise taken the required steps were allowed to resume construction projects with hospitals, public schools and one-to-three-unit residential buildings. Other open-air construction projects were permitted to restart at that time, including road and utility jobs. This phase represented a major milestone because it included such a wide swath of projects. However, it did not permit the resumption of projects for major commercial real estate buildings – and those tend to dominate the city at the moment.

Finally, on May 26, all other construction projects were officially permitted to restart in the city of Boston. The majority of the work that commenced at that point was for projects that were already in the works when the pandemic first struck. Most likely, projects that were just about to commence were started back up again at that time too. However, there is no information regarding how many construction projects were canceled entirely in the wake of the pandemic.

As part of its construction reopening policy, the city also reserved the right to change it at any time. This verbiage was included to reflect the uncertainty about how the pandemic will unfold. Many experts predicted that second and third waves of the disease would emerge, so it is quite possible that construction projects in and around the city will be ordered to cease again at some point in 2020. However, developers will certainly continue to put great pressure on the city to allow them to keep moving ahead.

Some of the city’s biggest developers and contractors have already taken steps to increase safety and cleanliness at jobs sites during the pandemic. Suffolk Construction, for example, is testing out thermal scanning technology that can be used to remotely detect if workers have fevers. Shawmut Design and Construction employees will have wearable tech that beeps if they get too close to other workers. Meanwhile, employees at Turner Construction must have their temperatures taken before hitting job sites. These steps may be perceived as being temporary, but they could easily become long term fixtures.

For now, construction projects can continue in the city of Boston. Safety plans are being enforced by the Department of Public Works and the Inspectional Services Department. What remains to be seen is whether the volume of new construction will continue at pre-COVID levels in the months to come. More likely, things will continue to be touch and go for the foreseeable future. In the meantime, developers, investors and others are likely dreaming up new ways to keep things moving along, and it will be interesting to see how the city fares as more and more businesses reopen and – hopefully – more and more people return to work.