In a sign of these strange times, the Boston Planning and Development Authority experienced a first in mid-May: The agency held its monthly meeting over the internet instead of in person. During that meeting, the agency approved plans that were submitted by Suffolk University that entail converting an old hotel into a student dormitory. Although the plan to convert the Ames Hotel was approved by the BPDA, allowing the school to begin the conversion process, one thing remains unclear: Whether students will actually return to campus this fall. 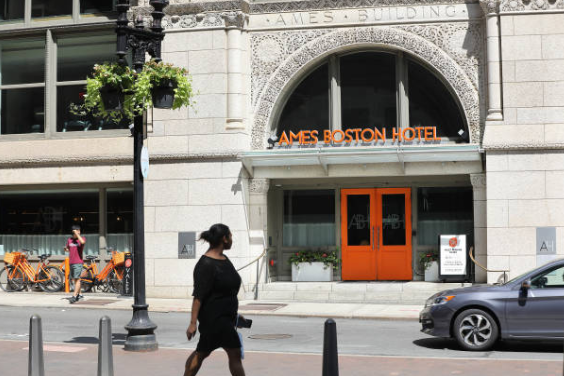 In September 2019, Suffolk University paid $63.5 million to acquire the property at 1 Court Street in downtown Boston. Located near City Hall, the property will provide a more convenient and logical location for students who have mostly been living in dorm rooms in Beacon Hill. Because that area is much more residential in nature, the presence of students there has always been something of an issue. Additionally, adding dorm rooms to downtown helps to shift more students away from the housing market, which is famously among the most competitive in the nation. Indeed, Mayor Walsh has urged local schools to prioritize the development of student housing to help ease demand on the regular housing market.

When Suffolk University purchased the building last year, no one saw COVID-19 coming. Naturally, the school assumed that it would open the new dorm in time for the 2020-2021 school year, and it likely believed that it could count on the usual influx of students to help to defray costs. To buy the property, the school borrowed $71 million from Santander; that loan is due in September 2021. The school plans to issue $54.5 million in bonds to help to pay off the loan, but no word on when those bonds will be issued has been made yet.

Unlike when it purchases the building, the school now faces uncertainty about if and when students will return to campus as usual this fall. As coronavirus cases continue to rise in many parts of the country, many schools are looking at alternatives to in-person instruction. Fortunately for Suffolk, it won’t take a lot of work to get the property ready for students. In fact, only minor renovations have been deemed necessary, including upgraded security measures and improved accessibility components. The moratorium on construction has been lifted for some time, so the work is certain to be completed well before students are due to return.

Originally an office building with 114 rooms, the property at 1 Court Street was built in the early 1890s. It then existed as a luxury hotel for many years before being shut down for good. The design for the conversion to a student dormitory is being handled by NBBJ, an architectural firm; the actual work is being performed by Suffolk Construction. Since little major work needs to be done, odds are that the project will be finished well before school would normally begin. The question, of course, is whether it will start as usual or not.

Even if schools do open again in the fall as usual, other aspects of the COVID-19 pandemic could affect how and when the new dorm building is used. In particular, it is unclear whether foreign students, who make up a considerable percentage of those who flock to Boston-area universities, will be able to return amid the pandemic. This alone could prompt a major drop in demand for dorm rooms, which could mean that the former Ames Hotel property could remain unused for the foreseeable future.

However, Suffolk University isn’t taking any risks. The school is operating under the assumption that students will indeed return again in September. Its efforts to convert an old building into student housing instead of building from scratch are likely to influence other schools in the area. Depending on how the pandemic plays out, the city could see many additional projects like this in the years to come. At the same time, however, virtual teaching could emerge as such a force that demand for physical teaching space could wane. Many things are up in the air as the situation unfolds, so check back often with Boston City Properties for the latest developments.