As reported in several recent articles here at Boston City Properties, local and regional shopping malls have been going the way of the dodo for some time now. This phenomenon is hardly limited to Greater Boston, however; in fact, according to recent reports, vacancy rates have reached a two-decade high at shopping malls across the country. In the “age of Amazon,” brick-and-mortar retailers in general have struggled to compete – especially as the e-commerce giant has developed its own shipping fleet and is now capable of delivering products to customers with lightning-fast speed. Read on to find out more about this development and what it might mean for commercial real estate in Boston and across the U.S. 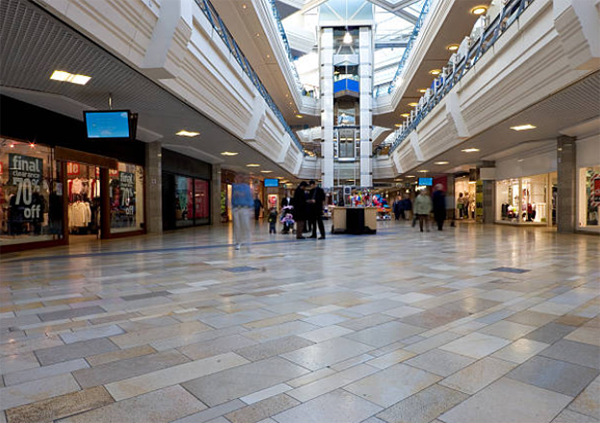 According to a report by Reis Moody’s Analytics, more shopping malls – the type that are largely enclosed and that were once wildly popular during the 1970s and 1980s, in particular – sat empty at the end of 2019 than at any time during the previous two recessions. Despite the fact that U.S. consumer spending remains strong, with total retail sales between November 1st and Christmas Eve 2019 up 3.4 percent versus the same period in 2018, shopping malls across the nation are facing historically high vacancy rates – and many are closing for good.

Nearly a month after Christmas 2019, brick-and-mortar retailers across the country are bracing themselves for a potentially considerable financial reckoning. Already this year, Pier One Imports, the longtime Texas-based retailer, announced that it would be closing 450 stores across the country. This came after the company experienced a drop of 11 percent in like-for-like quarterly sales over the previous year. Pier One is hardly alone, of course; in the last handful of years, shopping mall stalwarts like Gap, Victoria’s Secret, JC Penney and Sears have all shuttered tons of locations.

Even outside of shopping malls specifically, overall U.S. retail vacancies have remained at a flat 10 percent for the last few quarters. Consumer spending has increased at a healthy rate, but it appears that more people are turning online to do their shopping than ever. Many U.S. retailers have therefore managed to remain afloat; in particular, brands that have adapted by offering a seamless cross-channel approach to online and offline offerings have typically fared better. Without question, shopping mall operators have borne the brunt of the ever-increasing vacancy rates – and this issue is certain to shift the landscape of commercial real estate in the U.S. in the months and years to come.

Although overall U.S. retail sales increased by a healthy margin over the 2019 holiday shopping period, sales growth at physical stores rose by a paltry 1.2 percent. Because of this, many brick-and-mortar retailers were forced into offering deals and discounts that have been described as “shocking.” Needless to say, these deep discounts further impacted retailers’ bottom lines. Brands like Lululemon, however, who have been savvier at employing a combined physical and online presence, were largely able to avoid this issue.

Shifting shopper preferences aren’t the only thing that’s causing this skyrocketing of shopping mall vacancy rates; the rental demands of shopping mall operators are playing a role too. In the last quarter of 2019, the average rent being asked by mall landlords was $43.53 per square foot – the same price as in the previous quarter, and the highest since 2000. As evidenced here in Massachusetts, shopping malls simply aren’t faring well and are largely being demolished in favor of mixed-use developments. Stay tuned to Boston City Properties for updates regarding this issue in the months to come.