According to a request that was released by the UMass Building Authority on January 10, 2020, the University of Massachusetts Boston is seeking ideas from private developers for how they would make use of the 10 acres that it owns at Columbia Point in Dorchester. Ultimately, the university would like for the new development to act as a new “front door” for UMass Boston, which would be made possible through the development of a fresh avenue from the Red Line. This is just the latest in the university’s efforts to lease its substantial holdings, which allows it to raise money for infrastructure upkeep and more. 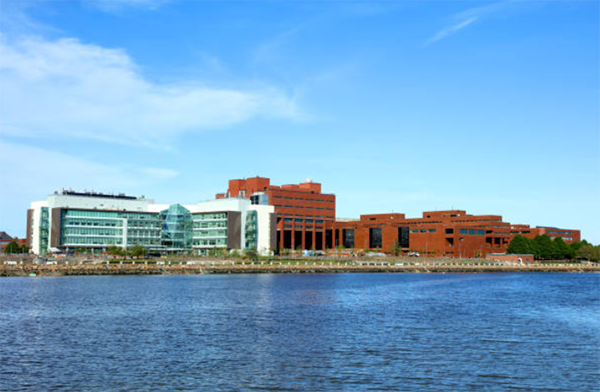 The 10-acre site includes an empty lot and, more significantly, the adjacent and historic Calf Pasture Pumping Station. Under the terms of any lease that is granted by UMass Boston, the station would have to be preserved and would remain reserved for the exclusive use of the university. However, everything else on the site would become available through a 99-year lease, which would be a similar arrangement to one that the university struck with developers of the Bayside Center site in February 2019.

As the first sewage treatment station in the city of Boston, the Calf Pasture Pumping Station is loaded with historical significance. Built in the 1880s, it is located on the site of a large area that was largely used as a pasture for local residents’ calves; much of it remained uninhabited marshland for many years. The massive granite sewage treatment station building, built in 1883, remains standing to this day. It represents the city’s efforts to bring healthier and cleaner urban living conditions to its residents and has served as a model for similar stations across the world. The station remained active until 1968, when a new one was developed on Deer Island. The only remaining 19th-century building in Columbia Point, it was added to the National Register of Historic Places in 1990.

The deadline for interested developers to respond to the university’s January 10th request is February 19, 2020. Immediately after the request was made, speculation regarding how the site may be used began. The UMass Building Authority would like to see a mixed-use development built on the site. It sees the development serving as the new front door for UMass Boston; it would include a new theater and admissions center. At the same time, the agency envisions Mount Vernon Street from the Red Line serving as the new route to this proposed front door.

Since the land is seen as rife with opportunities, the university is certain to end up fielding requests from many interested developers. According to its request, the site falls within an opportunity zone, which was created by a two-year federal program. This classification is intended to incentivize developers through many long-term tax breaks.

The university stands to do well with any long-term lease that it negotiates with potential developers of the site. Last year, UMass Boston leased out land that it owns at the site of the old Bayside Expo Center to developer Accordia Partners for 99 years. All told, that lease will generate $235 million for the university – funds that can be utilized in a number of ways. As soon as approvals are given for the proposed project, UMass Boston will receive $197 million. The proposed development for the 20-acre site is expected to include a roughly equal balance of housing and commercial space along with parkland that will help to connect different parts of Dorchester. It will be designed with rising sea levels in mind and is expected to include tens of millions of dollars’ worth of off-site transportation improvements. However, it’s not expected to be completed for at least 10 years.

What actually ends up being developed at the 10 acres at Columbia Point remains to be seen. More should be known about future plans when the deadline for requests passes in mid-February. Until then, we can only speculate about how everything will play out. However, you can stay on top of the latest updates regarding this project and many others across Dorchester and Greater Boston by checking back in with Boston City Properties on a regular basis.