Study: Based on Price Per Square Foot, Boston Most Expensive Housing Market in U.S.

It’s hardly news to anyone that Boston has among the priciest housing markets in the country. Based on the metrics that were examined in a recent study, however, it’s not just one of the priciest – it is the priciest. While rankings of U.S. housing affordability across different cities typically focus on median home prices, a leading real estate website recently decided to base its study on what it deemed a more useful metric: median price per square foot. The resulting study offers a more apples-to-apples type of comparison – and Boston just edged out New York City to claim the top spot in terms of housing unaffordability. 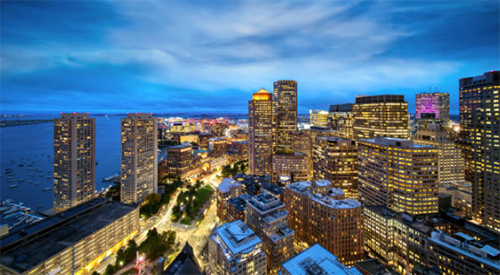 To better appreciate the results of this study, it helps to understand precisely how these cities were ranked. First, the study looked at the median price per square foot for homes across the largest 100 cities in the U.S. Next, it made the assumption that a buyer would pay the nationwide median list price, which was $305,000 at the time that the study was conducted. From there, the study calculated how many square feet of housing that $305,000 would buy in a sampling of 10 cities across the country. Finally, it ranked those cities from most to least expensive in terms of price per square foot.

It also helps to understand how much Americans pay on average for housing. As mentioned above, the median list price at the time that the study was conducted was $305,000. This translates into a nationwide median price per square foot of $123. Naturally, however, the actual median prices per square foot for cities across the nation varied drastically. The lowest, for the Detroit market, was just $42 per square foot; the highest – a stunning $1,160 per square foot – belonged to none other than the Boston market.

As noted previously, the study didn’t just cite the median price per square foot for the 10 cities that it examined. It also listed the average number of square feet that the median list price across the country -- $305,000 – would get you in those cities. This aspect of the study most strongly demonstrates just how pricey the Boston housing market actually is. In fact, for the nationwide median price of a house in the U.S., you wouldn’t be able to find a single realistic option in the Boston market. For that amount in Boston, you could only afford a home of roughly 263 square feet – and that’s on the smaller side of even tiny homes, which typically measure anywhere from 100 to 400 square feet.

Not surprisingly, Boston shares many traits with other expensive housing markets that cause its housing prices to be so staggering. In particular, most of those markets had high construction labor costs and a dearth of land that is available for development. From 2008 to 2018, Boston permitted the construction of 2.3 new housing units per 1,000 residents. During that same period, however, 5.8 new jobs were added per 1,000 residents – nearly double the rate of new construction.