Once regarded as the Cradle of the Industrial Revolution in America, Lowell, MA, saw its fortunes falter as the textile industry abandoned it during the 1950s and 1960s. What many don’t realize, however, is that the city has been on an upswing -- and this very well could be Lowell's decade. If you are an investor seeking greener pastures beyond the city of Boston, it’s time to take a serious look at Lowell. Currently in the midst of a major revival, it’s apt to become ground zero for new development over the next decade. 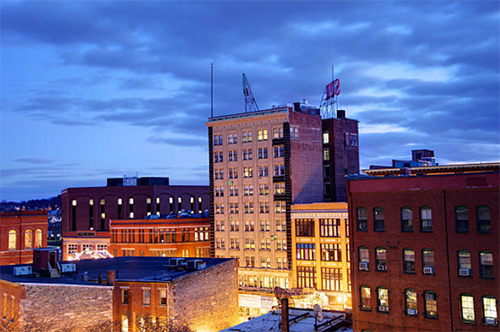 In its heyday, Lowell – a planned mill town that was built during the early 19th century along the Merrimack River roughly 30 miles northwest of Boston – boasted a “mile of mills” that employed thousands and firmly cemented it at the heart of the textile industry. For more than a century, immigrants and others drawn to its abundant work opportunities did quite well for themselves. However, the 1950s and 1960s saw the departure of most of the textile mills, and it appeared that Lowell and its residents were permanently out of work – and out of luck.

That started to change in the mid-1970s with the founding of the University of Lowell, which became the University of Massachusetts Lowell in 1991. Today, the tech-oriented research school is the second largest in the UMass system, boasting upwards of 18,000 students. In 1975, local business leaders formed the Lowell Development and Financial Corporation, or LDFC, whose members included banks that worked to invest in the city. Shortly thereafter, Wang Laboratories, then a leader in the world of computer technology, brought its headquarters to Lowell – along with more than 3,000 jobs. The company abandoned its 1.2-million-square-foot headquarters after filing bankruptcy in 1992. The three connected towers are now known as Cross Point, and they are home to a diverse array of businesses. Chief among them is Kronos, Inc., a leading workforce tech firm.

When considering Lowell’s recovery from its principal industry, one can’t disregard the importance of native son Paul Tsongas. Elected to the U.S. House of Representatives in 1974 and to the U.S. Senate in 1978, Tsongas played a pivotal, hands-on role in the revival of his beloved city. He was instrumental in creating the country’s first urban national historic park, Lowell National Historic Park, which opened in 1978. He also developed the Lowell Plan, which gave the city a downtown hockey and performing arts arena that’s now named in his honor and a minor league baseball stadium.

Over the last decade in particular, good policy decisions have helped to propel Lowell into considerable growth. Since 2010, it is believed that its population has grown by more than 5,000 people. UMass expanded its presence there and now boasts three campuses and three business incubators and start-up centers within its 14.5 square miles. New housing has been popping up near its MBTA commuter rail station, which offers 45-minute rides to North Station in Boston, and several companies have moved to Lowell lately, viewing it as a great alternative to the Big Bean. Likewise, many artists who have been priced out of the city have relocated here; today, Western Avenue Studios, the largest single artists’ community on the Eastern Seaboard, offers 250 work studios and 50 live-work lofts in the heart of Lowell.

Investors have already begun to see the potential of Lowell. In November 2019, WinnCo unveiled plans for a $38.3-million workforce housing project in the city’s Hamilton Canal Innovation District. The mixed-income project will feature two five-story buildings linked by an enclosed sky bridge. They will include a total of 125 apartments, with 54 of them offering workforce rates; 39 of them offering affordable housing rates; and 32 of them offered at market rate. The development will also offer 5,000 square feet of commercial space.

By the end of the 1970s, more than 5 million square feet of former mill space sat empty in Lowell. The last of it is being built out right now, and new development is underway. This trend is sure to continue and intensify as more people and businesses seek alternatives to Boston – so now is the time to invest in Lowell. For help with doing so, contact Boston City Properties.