The number of life-sciences firms in the region topped 2,270 in 2019, which represents a growth rate of 3.5 percent. This trend is certain to continue well into 2020 and beyond, so the current dearth of laboratory space in the region is bound to continue too. 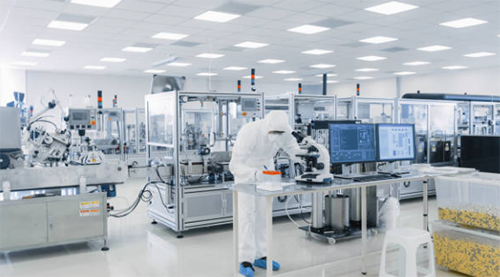 As has been the case for some time now, Boston continues to outshine most other life-science hubs when it comes to funding. Indeed, in 2018, venture funding in the area broke the previously established record by a jaw-dropping $2 billion. During that time, Greater Boston captured one out of every four dollars that were invested, including more than $2 billion in grants from the National Institutes of Health, or NIH, alone. Although figures for the fourth quarter of 2019 are not yet available, they are certain to mirror – or even outshine – those of the third.

These and many other factors have converged to make Boston among the top metro regions for life-sciences companies and growth – and that has translated into lightning-hot demand for lab space throughout the city and surrounding communities. In fact, this demand has been the driving force behind the explosive growth of the Seaport District, where asking rents for lab space topped $76 per square foot – a year-over-year increase of 29.4 percent. As of the third quarter of 2019, more than 408,000 square feet of such space was under development in the nascent community.

This trend has hardly been limited to the Seaport, of course. Across Greater Boston, the average price per square foot for lab space totaled around $67, which represented an increase of 2.6 percent over the same period the previous year. The total vacancy rate for the region stood at just 6 percent, and more than 3.1 million square feet of such space was under development at that time. In the Seaport alone, more than 2 million square feet of lab space had been established as of the third quarter of 2019, and another 3 million square feet were in the proposed development timeline. Upon completion, the Seaport would rank second only to Kendall Square in terms of the availability of such space.

Although life-science industry growth has exploded across the country, one could easily argue that it has flourished more in Greater Boston than in any other area. Indeed, lab space under construction in the five largest markets in the country grew by an incredible 101 percent in 2018, adding more than 6 million square feet. Again, though, millions of square feet of that space was added to the Seaport alone – so it’s safe to say that such space will remain in high demand in the area for many years to come.

Many factors have come into play to make Greater Boston the newest and biggest hotbed of life-sciences activity. The region boasts an abundance of universities, of course, including esteemed institutions like MIT and Harvard University. Traditional tenants – in particular, financial services firms – remain strong throughout the region, providing a firm base for the new growth of the life-sciences industry. Finally, the explosive growth of the tech and bio-tech industries throughout Greater Boston has prompted surging demand for lab space in neighborhoods across the city and in many neighboring communities.

With new life-sciences hubs emerging not only in the Seaport but in places like Somerville’s Assembly Row, Brighton’s Boston Landing, and downtown’s North Station, opportunities for firms in the technology and bio-tech space have never been greater in the city. If yours is among them and you need quality lab space for your business activities, you are without question up against it, so to speak. To find what you need, you will want to arm yourself with the best resources and information, and Boston City Properties is here to provide that and more. For more information and for assistance with acquiring the laboratory or life-sciences space that you need, give us a call today.