In news that will shock absolutely nobody who lives in Greater Boston, the city is now ranked fourth in the country in terms of rental prices. According to reporting by REIS, Inc., Boston has the fourth highest effective rent out of 79 major metropolitan regions in the U.S. The average effective rent, or rent that nets out landlord concessions, for Boston as of January 2020 stood at $2,349 per month. Only three metro regions had higher monthly rental rates: San Jose at $2,630; San Francisco at $3,153; and New York City at $3,599. 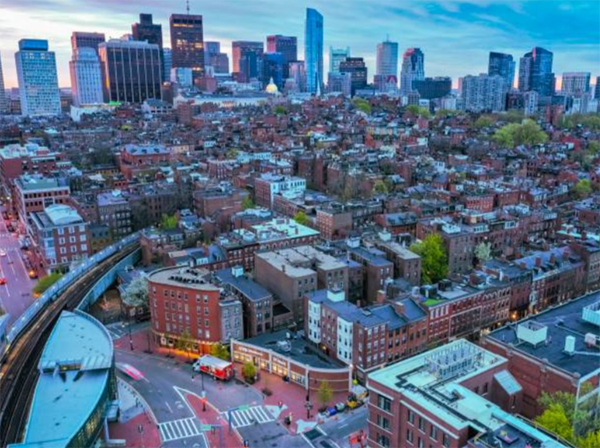 To put this into perspective for those of you who live in the Boston area, the average effective rent for the U.S. as a whole stood at $1,426 at the start of 2020. This means that the cost to rent an apartment in Boston is almost 40 percent higher than the national average. Still, the cost to rent in San Jose is 10.3 percent higher than in Boston. To rent an apartment currently in San Francisco, you will pay 25.5 percent more. If you want to rent a place in NYC, expect to pay around 34.7 percent more in monthly rent for the privilege. Of course, that’s cold comfort when you consider that the rent is more affordable in literally 75 other major metro regions in the U.S.

According to the REIS report, asking rents in Boston rose by 3.7 percent over the last 12 months. Nationally, they rose by 3.8 percent, so rent increases have been staying on pace with the national average. In fact, the rate of change over the last year is the lowest annual growth rate to be reported in more than 24 months. Still, that doesn’t change the fact that Boston is among the most expensive metro regions in the country to rent an apartment – and that is unlikely to change anytime soon.

Even though more than 2.4 million new apartments were added to the market across the U.S. during the 2010s, rent prices have risen nearly everywhere during that time. In Boston, demand for apartments continues to outpace supply across all neighborhoods, which has exacerbated the problem across the region in considerable ways. The recent election largely focused on the topic of the high price of housing in the city and across the region, but the factors that have led us to this place remain largely unchanged. With rent control continuing to be such a hot-button issue, the odds of rent prices becoming more affordable are extremely slim.

Although the housing market across Greater Boston has moderated a bit from its long-term trend of ever-increasing home values and sale prices, the apartment rental market has seen staggering increases for many years now. In fact, over the last decade alone, average rent prices in Boston rose by an incredible 60 percent. Even within the last year, rent prices in the city have climbed. The median rent for a one-bedroom apartment stood at $2,590 in January 2020, representing an increase of 5.7 percent versus the same period in 2019. Similarly, the median rent for a two-bedroom apartment rose by 8.5 percent from January 2019 to January 2020 to a price of $2,930 per month.

Of course, the housing market here hasn’t been much kinder – and that has played a role in the high cost of rent across the city too. Many would-be home buyers have been edged out of the market, with the median price for a one-bedroom home rising by 75 percent over the last decade alone. Nationally, the median sale price for a one-bedroom home most recently stood at $225,000; in Boston, however, it currently stands at around $615,000.

Besides high demand versus low supply and the increased demand for apartments due to staggering home sale prices, many other factors have come together to produce the perfect storm for high rent prices in Boston. For one thing, many neighborhoods and communities have strict zoning laws that discourage the development of new multifamily housing. The fact that many who live in metro Boston can afford the going rates doesn’t help, either. If you need to rent an apartment in Boston, the best way to find something that suits your budget is by having timely resources at your disposal. Boston City Properties can help with that, and we will continue to keep you updated about the rental market here as well.