Big plans are in the works for Nubian Square, which many Bostonians will remember better as Dudley Square. The name was officially changed only last year to one that pays homage to the Nubian Empire of Ancient Egypt – and now it appears that various groups are finally vying to bring new development to the once-bustling district. 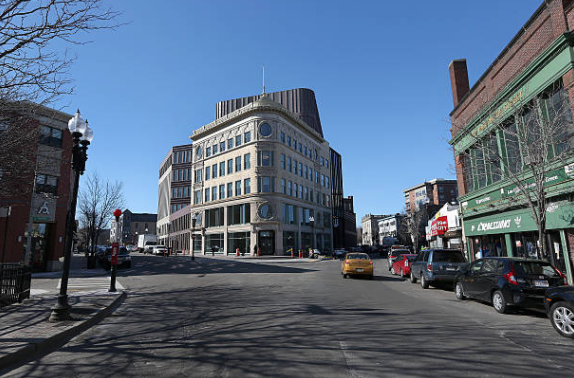 To look at it now, it is hard to believe that Nubian Square was once such a bustling commercial corridor that it was regularly referred to as the city’s “other downtown.” Indeed, Dudley Square was once one of the largest economic centers in all of New England, dwarfed only by downtown Boston. For many years, the spot hosted a vibrant array of businesses, including banks, bowling alleys, movie theaters and department stores. After World War II, people from around the country and world flocked to the neighborhood, putting these and other services in strong demand.

Plans to redevelop the area were tossed around starting in the 1990s and were revived again in the mid-2010s. Redevelopment started in earnest when Boston Public Schools’ headquarters assumed the former Ferdinand furniture building site. A few years before that, the Boston Police Department headquarters relocated a few blocks to the west. Earlier this month, a major renovation of the Boston Public Library on Dudley Street was also completed.

That leads us to today and to what appears to be a mad dash by numerous developers to redevelop many plots of land that remain vacant in Nubian Square. A few examples include:

By the end of the year, we should know the fate of at least two of the sites at Nubian Square. As for when these projects will be completed, they had pre-COVID completion dates ranging from 2024 to 2025; with the pandemic now affecting things, those dates could be pushed out a bit.