Speculation Grows as Amazon Plans to Lease Warehouse in Braintree

As Greater Boston waits to find out if Amazon will choose the city as the site of its second North American headquarters, the e-commerce giant stoked even more speculation with the announcement that it will be leasing warehouse space in Braintree. Speaking to city council on Monday, April 30, Braintree Mayor Joseph Sullivan officially announced the impending deal. The plan still needs approval from the city's planning board, which is expected to mull things over during the summer. Boston City Properties continues to keep track of Amazon's activities in the area, so read on for more information.

Assuming that the plan is approved by the board, Amazon will lease warehouse space over on Campanelli Drive. The company plans to use the more than 200,000 square feet of space as a warehouse and distribution center. Previously, the space served as a facility for United Liquors, but it has been vacant for some time. The mayor and members of city council believe that Amazon selected Braintree for a number of reasons. In particular, the city is close to many major highways, and it is considered to be a very business friendly place where Amazon will presumably get a good deal. 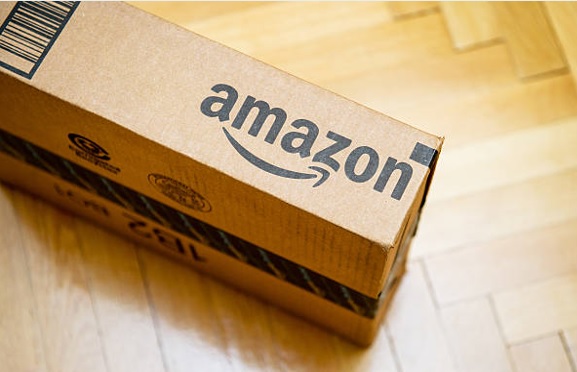 It goes without saying that any news involving Boston and Amazon gets a lot of attention, and this story is no exception. Some are speculating whether the move is another sign that Amazon will ultimately choose Boston for its second North American headquarters. However, the company has made similar moves in plenty of other cities, and its warehouses and distribution centers are located around the country. Therefore, the Braintree warehouse space could be completely unrelated to the situation concerning the company's search for a site for its massive new headquarters.

Amazon has stated that it might take until the end of the year before it can make a final decision regarding the matter. In the meantime, more than 20 cities around the country wait and hope. The city that is ultimately chosen will hit the jackpot in terms of local employment, at the very least; the new headquarters is expected to create upwards of 50,000 jobs over the next 10 years. The project itself is expected to cost upwards of $5 billion, so Amazon will be investing heavily in whichever city it chooses.

The Braintree announcement is just the latest in a long line of promising developments regarding Amazon's activities in Boston. Only about a week ago, on May 1, the company officially announced that it will be moving into a 430,000-square-foot office over in the Seaport District in 2021. This move alone will more than double the company's local tech force, and the site will serve as Amazon's local Tech Hub. The facility is expected to create jobs in many high-tech fields, including cloud computing, robotics, machine learning and speech science. Additionally, funding that is generated through the site will be used to fund local job training programs.

Amazon has been establishing a strong presence in Greater Boston for some time. Over the last few years, the company opened offices in Back Bay, Cambridge and Fort Point. An Amazon Robotics development center was opened in North Reading some time ago, and the Fall River fulfillment center, which employs more than 1,000 people, opened in 2016. All told, the company has created more than 3,500 jobs across Massachusetts since 2011. That number will be dwarfed, of course, if Amazon selects Boston as the site for its next headquarters. If that should come to pass, Suffolk Downs in East Boston will most likely be chosen for the facility, but a site in Somerville is under consideration as well. Stay tuned with Boston City Properties for more updates on the latest developments of Amazon's expansion into Boston.