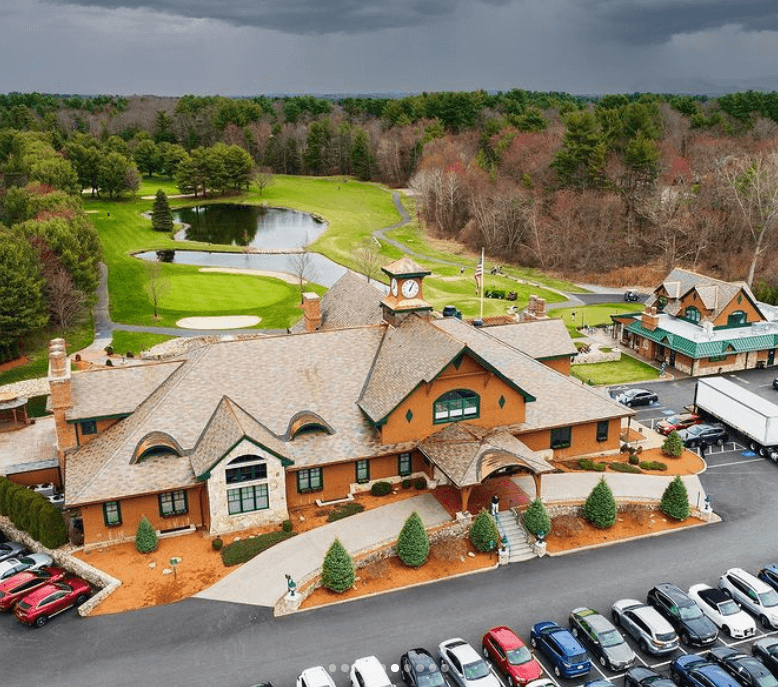 A 50-acre golf course and events venue in Tewksbury will soon be the latest addition to the rapidly expanding Tree House Brewery chain. On May 6, the Charlton-based brewery announced that it is purchasing the Tewksbury Country Club. Located at 1880 Main Street in Tewksbury, the facility has been operating for more than 20 years but will now close its doors to make way for the new enterprise. According to the brewery, the site will be transformed into a beer hall and retail store; the nine-hole golf course will continue to operate.

Tree House Brewing’s latest location marks the company’s first foray into the Greater Boston area. Situated roughly 30 minutes from Boston, the new site will allow the brand to expand its reach into the busiest market in the state. It’s just the latest of many exciting developments for the company, which has grown meteorically since opening in a small red barn in Brimfield in 2011. Since then, Tree House Brewery has expanded to include five locations. The primary location, a brewery, distillery and coffee roastery, is in Charlton. The chain also includes a taproom and brewery in Sandwich on Cape Cod and a farm fermentory in Woodstock, Connecticut. There’s also a brewery in Monson; another opened in Deerfield, in the Berkshires, in January.

The Tewksbury Country Club was developed on a former small airfield site in 1997. It has been owned and operated by Marc Ginsburg and his family ever since. Through the years, the venue enjoyed popularity across the local community, hosting numerous weddings and other special events. It includes a 17,700-square-foot venue space, and it has been assessed at a value of around $5 million by the assessor’s office. However, details of the sale, which is still pending, have not been released.

Tree House Brewing had been scouting around north of Boston for a location for a new brewery for some time. The Tewksbury Country Club was not on the market, but Tree House approached the owners with an offer after becoming aware of the site and realizing how perfect it would be for their vision. Because of the Covid pandemic, the country club suffered significant losses over the last few years. Although the family wasn’t planning to sell the site, the brewery made an excellent offer at an opportune time.

Tewksbury Country Club posted about its upcoming closure on its Facebook page shortly after the sale was announced. The post quickly received dozens of replies from locals and others saddened by the news. Similarly, Tree House Brewery announced the acquisition online via its website. The chain, which is known for attracting extremely long lines of craft beer enthusiasts, received many positive remarks from fans about the upcoming location.

Tree House Brewing is a non-distributing brewery, which means that its beers and other products are only available at brick-and-mortar locations. However, the company noted that the new Tewksbury location would start offering a beer-to-go service in the fall. This service will allow people to place orders for craft beer brewed on-site via the company’s website. The new site will also have a retail location. The company has not announced details about how the golf course will continue to operate, but it will be incorporated into the overall venue.

In its Facebook post, Tewksbury Country Club noted that all events already booked for 2022 would continue. However, any events booked after January 1, 2023, are canceled. The country club will give full refunds for all of the canceled events along with additional compensation of $1,000 per customer. Additionally, the owner said on social media that the company would work with clients to help them line up new venues and vendors for their 2023 events. Approximately 35 weddings are being affected by the unexpected closure of the venue.

Tree House Brewing may have other projects on the horizon in addition to its new Tewksbury location. In February, the company purchased a 50-acre parcel adjacent to its headquarters in Charlton. So far, plans for the Merrimack Valley site have not been released, but the land may be used to expand the facility or for additional facilities.