No one is immune from the effects of the COVID-19 pandemic. Still, the restaurant industry has been hit especially hard in most markets, with many popular dine-in chains temporarily or permanently shutting their doors. At the same time, though, the fast-casual, quick-serve sector of the industry has been experiencing boom times like never before. Another example of the strange disparities being created by the pandemic, the rise of quick-serve chains – especially those that were tech-forward to begin with or that were able to adapt quickly to become more so – is creating interesting shifts in many commercial real estate markets. 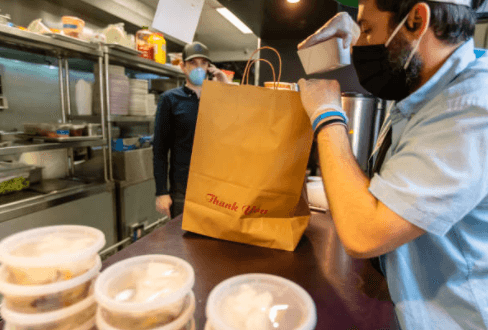 A full year into the pandemic, many states continue to enforce limitations on many areas of life, including dine-in services at local restaurants. Thanks to these shutdowns and a general weariness about eating inside with groups of people, traditional dine-in restaurants are bearing the brunt of the pandemic’s most damaging effects. Ruby Tuesday, for example, has closed down locations around the country, and many of them may never reopen. However, in those very same markets, fast-casual chains like Panera and Shake Shack are drawing in more customers and doing bigger business than ever.

Thanks to this phenomenon, many large, established restaurants and other eateries are moving quickly to shed prime real estate in major metro areas, including Boston. According to the National Restaurant Association, or NRA, approximately 110,000 bars and restaurants have closed permanently or temporarily due to COVID. Many of these are making deals with fast-casual operators for vacated space in many major markets, giving them the unique opportunity to snag prime locations that they would never have competed for in the past. The most in-demand space in most markets is well-suited for fast-casual, grab-and-go concepts; properties offering 1,200 to 2,000 square feet appear to be the sweet spot for such establishments.

It may appear at first glance like smaller players are suddenly gaining a lot more clout, and that may be true in some instances. In reality, though, many fast-casual chains are owned by larger chains or massive holding companies with the deep pockets needed to pivot quickly into new situations. Mom-and-pop restaurants have undoubtedly been hit hardest by the pandemic; even those that are willing and able to become more tech-forward and adaptable don’t have the means to make it happen.

To understand how the pandemic has affected the restaurant industry, consider Shake Shack. The popular fast-casual chain has seen its fortunes soar in the wake of COVID. Before the pandemic, the chain reported that around 20% of its sales were from digital orders. For the entire year of 2020, nearly 60% of all orders were digitally submitted. Immediately after the shutdowns began, in May 2020, around 80% of the chain’s orders came from online customers. The chain registered around 1.8 million new digital customers from March to January, and it is now planning to open 50 additional locations around the country.

In many markets, it is now easier than ever for fast-casual and grab-and-go concepts to secure prime real estate that they would never have been in contention for previously. For example, in New York City, Brooklyn Dumpling Co. secured a lease for around $100,000 per year that previously would have leased for upwards of $300,000 per year. This phenomenon is occurring in many major markets – particularly those that still have shutdown orders in place to some extent. In places like Texas and Florida, where lockdowns are minimal or not even in effect anymore, such deals aren’t materializing.

In the world of commercial real estate, the rise of fast-casual eateries is precipitating massive changes. In places like Boston, booming quick-serve chains are approaching struggling casual dining chains for their unused space; many times, they offer to pay the value of equipment and fixtures and to take over lease negotiations. This trend will likely continue well into 2021. However, the NRA predicts for employment in the restaurant industry to regain pre-pandemic levels next year. Fast-casual chains, therefore, only have a limited window of opportunity to take advantage of these deals. Once the pandemic is over, it will be interesting to see if they continue to fare quite as well.