Since his inauguration, Quincy Mayor Thomas Koch has promised to revive Quincy’s downtown through collaborations between public and private entities. Recently, he made a big step forward in that direction by announcing plans for a $300 million, 800,000-square-foot mixed-use development in Quincy Center. The mayor and city are teaming up with two Boston-based real estate developers, Tremont Asset Management and Broadway Hospitality Group, to bring their ambitious plans to fruition. Ultimately, the mayor hopes to “bring downtown back” to Quincy, spurring growth and development well south of Boston. 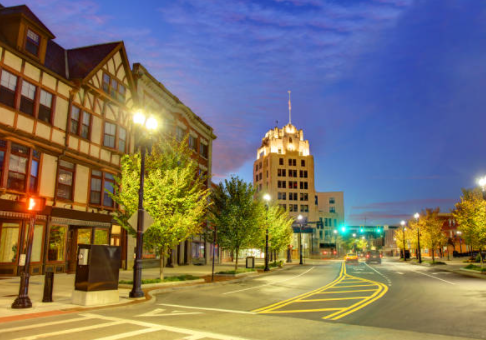 The project entails two developments that will be bridged by an open-air park with outdoor dining. One development will be located at 1469 Hancock Street, currently the site of a dollar store, a discount furniture store and the vacant Arcade Building. Thus far, plans call for the development of a pair of retail and residential buildings up to 15 stories tall. The residential tower will include 204 units, but it’s unclear whether these will be apartments or condos. The Messina Lot at 1445 Hancock Street, which the city acquired via eminent domain for $6.8 million in 2019, will be redeveloped into a 500,000-square-foot mixed-use building that will include residential space and a three-level performing arts center.

To tie the two projects together, the city of Quincy plans to purchase the two lots located between 1445 and 1469 Hancock Street. Currently, the site is home to a taekwondo school and a donut shop, which will presumably be demolished. In their place, the city will develop a 15,000-square-foot open-air park, which will include outdoor dining. Ultimately, the park will serve as a connecting point between the two huge mixed-use developments, which are expected to fill up with restaurants, shops and other establishments.

Mayor Koch enlisted Sam Slater, a managing partner at Tremont Asset Management, as the developer for the Messina Lot portion of the project. The city-owned parking lot, situated at the intersection of Hancock Street and Walter Hannon Parkway, will be demolished to make way for the development of a 500,000-square-foot mixed-use building – and its crowning jewel will be a three-level performing arts center. At his inauguration, the mayor announced plans to develop the performing arts center at City Hall, but those plans fell through due to financial limitations. Now it will be built as part of the massive redevelopment of Quincy Center. It’s expected to include nods to famous Quincy residents, including former First Ladies Abigail Adams and Louisa Catherine Adams.

Slater, enlisted to develop the performing arts mixed-use complex, has another Quincy residential tower in the works – a proposed $100 million property at 61-71 Hancock Street, which faces the Neponset River. CUBE 3 Studio LLC is designing that development and the one at 1469 Hancock Street. Construction on the latter building is expected to commence in early 2022, and construction of the development at 1445 Hancock Street is expected to start in February or March of 2023.