The COVID-19 pandemic is forcing changes across many major commercial real estate markets, and Boston’s is no exception. More than one year since the first lockdown orders were put into place, developers are scrambling to adjust plans for many pre-pandemic projects. A good case in point involves the boutique hotel that had been proposed by Hudson Group, a real estate developer, in 2018. Although the project has the green light from the Boston Planning and Development Agency, the developer recently filed a notice of project change with the agency. 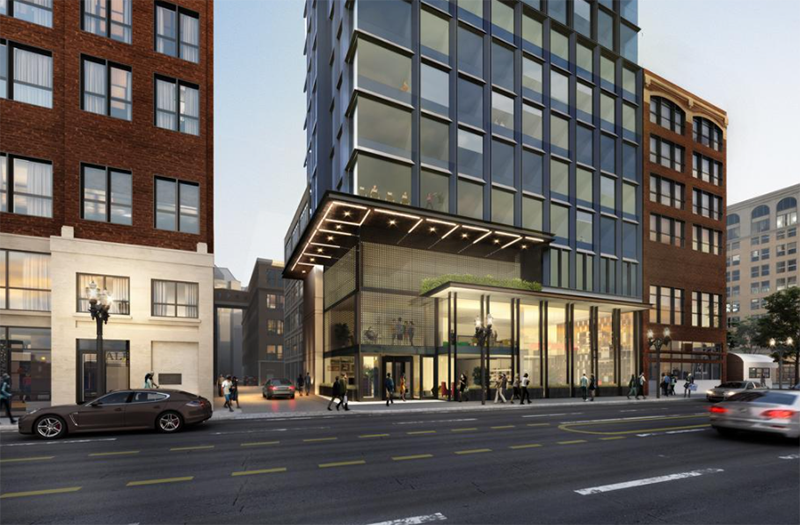 In 2018, the BPDA approved Hudson’s plan to develop a 21-story, 230-room boutique hotel at 150 Kneeland Street. Designed by RODE Architects, the proposed hotel was to have a slender, eye-catching design, and it would have offered prime access to Chinatown, the Leather District and other downtown hotspots. Previously, the site had been home to the Splash Ultra Lounge nightclub, which was forced to shut its doors in 2012. In the meantime, the site remained vacant. Upon receiving approval for its proposed hotel from the BPDA, the developer had started demolishing the site late in 2020; at the time, it still intended to follow through on its original plans.

Now the developer wants to switch the plan from a hotel to a residential tower. The reason is apparent: The pandemic has decimated the hospitality industry, which is not expected to recover fully until at least 2024. According to a recent report, in fact, the industry has been set back by about 10 years because of the pandemic, with nearly a decade of job growth evaporating in the blink of an eye. Since the pandemic started, 670,000 hotel operator jobs have been lost, and more than 4 million jobs in the hospitality sector have disappeared too.

Across all of 2020, only 200,000 new hospitality jobs were added across the country. As of December 2020, unemployment in the hospitality sector stood at 18.9%, and many workers have no idea if or when they will return to their previous jobs. The main problem for hotels is the loss of business customers, which make up the bulk of business for many properties. In 2019, occupancy in the hotel industry averaged around 60%; in April 2020, as the pandemic struck, it hit a historic low of 24.5%. This year, it is expected to increase to around 52.5%, so it will still be some time before things return to normal.

In its notice of project change, Hudson Group now proposes constructing a 115-unit, 22-story residential tower on the same site as the proposed hotel. The height of the building will remain about the same at roughly 220 feet. The exterior design is also expected to remain similar to the original plans. The proposed changes have been approved by the Leather District Neighborhood Association and the Chinese Economic Development Council. The developer has asked the city to waive any additional review of the changes so it can get started soon.

The hotel would have been a bit of a shift for the developer, which already owns around 300 housing units in Chinatown and the Leather District. Now, with hotel occupancy rates expected to remain sluggish for the foreseeable future, Hudson will develop even more housing units in the area. However, the developer hasn’t specified the type of residential housing that will be built, so it is unclear whether the building will offer apartments or condos. Either way, the property will most likely offer luxury units, and its prime location should make it popular quickly.

Since the pandemic first emerged, hotel revenue has dropped by nearly 50%. In 2021, it is expected to rise to $84.6 billion, an increase of $25.9 billion. However, that will still be about 34% less than pre-pandemic revenues. Therefore, we can expect to see a lot more of this type of pivoting in the commercial real estate development industry. Thousands of Boston hospitality workers remain without work, but until demand for hotel accommodations increases, many of them won’t be coming back. Either way, the slender, mid-rise tower on Kneeland Street is being developed – it just won’t offer hotel stays, and it could be condos or apartments.