Plans Underway for Redevelopment of 109 Brookline in Fenway

Further cementing Fenway’s designation as the second-largest life science cluster in Greater Boston, a San Diego-based commercial real estate developer will redevelop a prime parcel into a new, state-of-the-art mixed-use life science complex. IQHQ, the developer in question, will raze an existing three-story office/lab building at 109 Brookline Avenue to make way for a 10-story, 250,000-square-foot building that will include offices, labs, R&D space, ground-floor retail space and more than 200 below-grade parking spaces. The proposed development is adjacent to another major IQHQ project, Fenway Center, currently at phase two of construction. 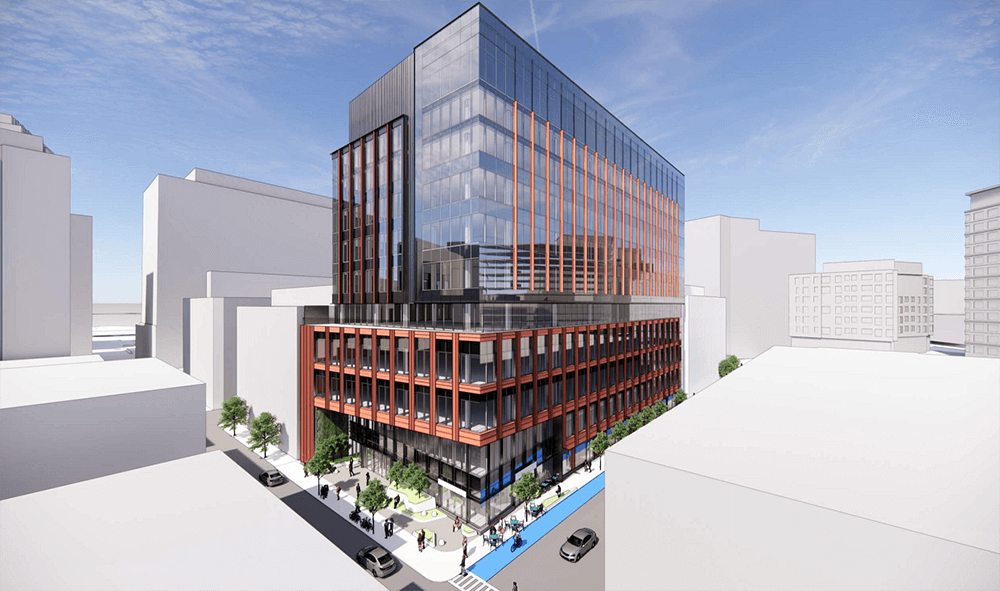 In a Letter of Intent filed with the Boston Planning and Development Agency on March 8, 2021, IQHQ outlined its plans for the parcels at 109 Brookline, 21-27 Burlington Avenue and Burlington Alley. Situated at the corner of Brookline Avenue and Overland Street, the new structure will connect to an existing building at 20 Overland, which will remain as is for the time being.

IQHQ acquired 109 Brookline Avenue from Equity Commonwealth for $270 million in April 2020. At the time, the site housed a three-story office and lab building built in 1915 and renovated in 2000. It was 99% occupied when the deal went down. The majority of the space was leased by tenants associated with the nearby Longwood Medical Area, LMA, including Dana-Farber Cancer Institute, Beth Israel Deaconess Medical Center and Boston Children’s Hospital. Toast, a fast-growing tech startup, also leased space in the building.

Situated at a prime location along the corridor between Kenmore Square and the LMA, the new pedestrian- and transit-oriented mixed-use life science development will include approximately 247,000 square feet of office, laboratory and R&D space along with 3,000 square feet of ground-floor retail and restaurant space. Four levels of below-grade parking, featuring 230 spaces, will also be included. The garage will be accessible via Burlington Avenue.

The developer hopes to begin construction of the new structure sometime in 2022 and to complete the shell of the building by the end of 2024. Interior space is slated for completion sometime in 2025. It filed a Project Notification Form, PNF, with the BPDA on April 30, 2021, and the planning process is currently underway.

While being built, the new development will generate around 400 temporary construction jobs. Upon completion, it’s expected to bring approximately 1,000 permanent jobs to the neighborhood, which is quickly becoming another primary cluster for life science and biotech firms in the area. The developer estimates that the development will generate around $2 million per year in commercial real estate tax revenues for the city.

IQHQ acquired the site with funds from a $770 million capital raise and plans to use the rest of the funds for other life science projects, of which there are many. The developer is currently in phase two of its nearby 21-story air rights lab, Fenway Center. It is also developing life science campuses in North Andover and Alewife, a neighborhood in Cambridge. The neighborhood is also currently being transformed by an underway 2.1-million-square-foot mixed-use redevelopment near Fenway Park.