After several years of steadily increasing rents and dropping vacancy rates, it looks like Boston’s commercial real estate market has finally plateaued. A full year since the onset of the COVID-19 pandemic, office subleases have skyrocketed across the city. Although vaccines are now available, many employers reportedly don’t plan to return workers to offices any time soon. In fact, the pandemic is changing the way employers look at remote working, prompting many to realize that they need less space than they have. This increase in subleasing activity could be a harbinger of things to come, including dropping rents and increasing vacancy rates. 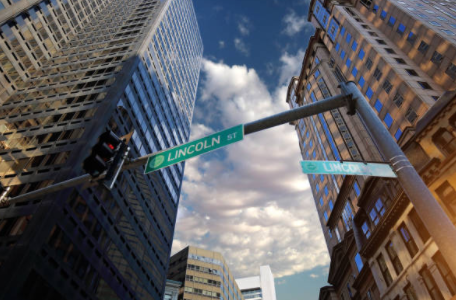 According to a recent Boston office market report, another 1.3 million square feet of space was added to the office sublease market in the fourth quarter of 2020, bringing the total to 3.4 million square feet. More than half of the space in question falls into the 20,000 to 50,000 square foot range, suggesting that many fairly large tenants are shrinking their office footprints. Today, approximately 22% of available commercial space in Boston is sublet space, which is up from 14% at the end of 2019. Nearly half of the new sublease space is located in the central business district.

Throughout most of 2020, office leases held steady across Boston. However, the fourth quarter saw the first drop in the average asking rent price across the market. Office lease prices dropped by $0.40 to $68.23 per square foot, and many believe that that was just the start of a downward trend. Indeed, many experts believe that rents could continue softening well into 2021. If even more subleased space hits the market in the first quarter of 2021, the impact on rent prices could be especially dramatic.

The majority of Boston firms that have entered the sublease market are TAMI tenants – tenants belonging to the technology, advertising, media and information sectors. On average, these firms are offering subleases of around 15,000 square feet. Before the pandemic, many companies defensively leased office space in Boston, meaning that they leased more than they needed out of fear that they wouldn’t be able to acquire it later after expanding. Once the pandemic hit, firms already leasing more space than they needed felt especially pressured to do something – and offering the space for sublease can be a viable way to keep costs in check.

According to recent reports about the Boston sublease situation, conditions are now worse than they were after the dot-com crash of the late 1990s and after the terrorist attacks of September 11, 2001. One only needs to walk around downtown Boston on a workday to see how much things have changed. Only one out of 10 local workers regularly commutes to downtown high-rises these days. Jobs across the state fell by 9.1% over the past year, adding to the turmoil. The meds-and-eds economy, spurred especially by the life sciences sector, has been a bright spot for the city, and many major tenants have not been forced into subleasing space.

Even so, companies continue to shrink their floorplans more than a year after the pandemic began. Approximately 50% of workforces are not expected to return to their offices even after vaccines become widely available. More worryingly, around 60% of employers are considering moving out of the Commonwealth or at least expect to continue allowing remote working for the foreseeable future. At the same time, though, many businesses are eager to get workers back in the office. The loss of culture and collaboration has negatively impacted businesses across many industries.

For now, sublease space will remain widely available across the Boston office submarket. In downtown Boston, especially, office subleases are readily available and should remain so for some time. Until the first quarter of 2021 is over, we won’t know whether this major spike in subleasing will dramatically impact lease prices over the year to come. Unless the majority of workers return to offices within a few months, however, lease prices likely will continue to drop – and vacancies could continue to rise. The long-term impact of this shift remains unclear. Several vaccines are now available, so there could be a light at the end of the tunnel soon.