Newton Considering its Own BERDO Mandate for Large Buildings 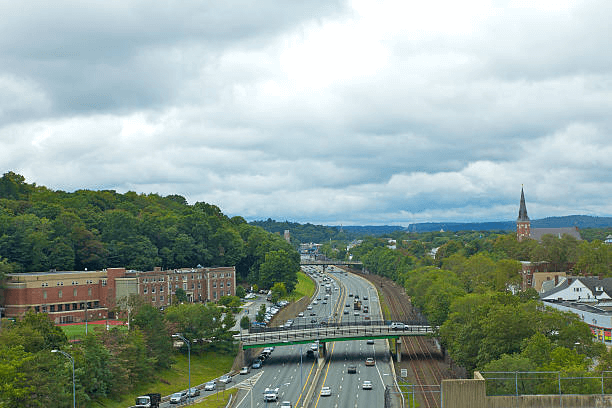 The city of Newton took its first step toward implementing its own version of BERDO, the net-zero emissions mandate for large buildings adopted by Boston in 2013, at a recent council meeting. On March 21, members of the Newton Citizens Commission on Energy, also known as NCCE, presented their initial plan for the proposed mandate. According to Bill Ferguson, the city’s sustainability co-director, the plan will be customized to suit Newton’s unique needs and characteristics. He also stated that the city would work closely with property owners to develop a mandate that works for everyone.

A few other municipalities around Greater Boston have signaled their intention to develop BERDO mandates of their own. Watertown is currently in the initial stages of developing one. Cambridge is considering a mandate that would require large buildings to achieve net-zero emissions by as early as 2035 – a more ambitious timeline than Boston’s, which requires large buildings to become compliant by 2050.

The impetus for the original BERDO mandate enacted by Boston, which went into effect in 2013, was discovering that a considerable percentage of the city’s greenhouse gas emissions are directly attributable to large buildings. Approximately two-fifths of Boston’s emissions come from buildings of 20,000 square feet or larger.

Similarly, a large percentage of Newton’s greenhouse gas emissions come from its many large buildings. According to the presentation at the city council meeting in late March, around 400 buildings in Newton account for 27% of the city’s emissions. Of that number, around 265 are commercial properties.

Since BERDO has been in place for Boston for nearly 10 years, Newton hopes to avoid some of the headaches and mistakes that the city has faced since the mandate went into effect. For example, Boston adjusted which buildings would be affected by the mandate after determining that the original version wouldn’t do enough. With BERDO 2.0, enacted in September 2021, buildings in Boston measuring 20,000 square feet or larger are required to cut to net-zero emissions by 2050. Many property owners will have to start meeting benchmarks in 2025. These benchmarks will become increasingly tougher every five years until buildings are brought into compliance.

Another major issue Boston has been dealing with – and Newton is hoping to avoid – involves how data is reported regarding CO2e emissions. Even though owners of large buildings have been required to report energy usage for years – even before BERDO 1.0 came into being – many glaring inaccuracies have been discovered that could hamper the effects of the entire mandate.

Under BERDO, property owners of large Boston buildings must self-report emissions data via a tool developed by the U.S. Environmental Protection Agency. However, it appears that much of the data being reported is not accurate. For example, one church building allegedly reported far higher emissions than it could possibly generate.

Boston is considering requiring property owners to have their numbers checked by third-party experts every five years to address this issue. Through this type of audit, officials hope to collect more accurate information to help bring the city’s greenhouse gas emissions down considerably over the next few decades.

Through all of the ups and downs of BERDO and BERDO 2.0, officials in Newton and other municipalities have been watching and learning. Although the city’s version of the mandate is only in the earliest stages, city council members and other interested parties have already started addressing how they will avoid similar issues.

Since Newton hasn’t required building owners to report greenhouse gas emissions data, the city plans to make that the first of what will ultimately be two phases of implementation. So far, the city plans to require building owners to self-report this data for two years. Requirements for cutting emissions won’t start until the second phase. Therefore, for the first significant part of Newton’s version of BERDO, property owners only have to worry about reporting energy usage.

Of course, the mandate has to pass and go into effect first – and that is likely still a way’s off. In the late March city council meeting, officials stated that they hoped to bring the matter to a vote in about a year. It will take at least that long for Newton to flesh out its version of the mandate, including an implementation timeline, which buildings will be subject to the mandate and specifics about enforcement.

Under the Boston BERDO 2.0 mandate, property owners must report on things like primary building use and how many renewable energy certifications they have purchased, in addition to energy usage data. Failure to comply with reporting requirements can result in a fine of $150 per day for buildings measuring 20,000 to 35,000 square feet and $300 per day for buildings larger than 35,000 square feet.

Starting in 2025, property owners in Boston must show that they are complying with the mandate by showing reductions in greenhouse gas emissions. If they fail to meet the required benchmark regarding this reduction, they can opt to make alternative compliance payments to avoid fines. Every $234 paid covers one metric ton of CO2e. Therefore, if a building misses the mark by two metric tons, property owners can pay $468 to be brought into compliance.

Newton officials are modeling their version of BERDO after the one developed by Boston. However, no decisions have been made regarding things like fines, alternative compliance payments or enforcement measures. The city has already made a significant change to its mandate by requiring property owners only to report energy usage for the first two years. Chances are good that Newton will also tweak things like fines and timelines – especially since it will be at least another year before the mandate is enacted and then another two years of data collection.