Marketplace Center, often mistakenly thought to be part of neighboring Faneuil Hall, is poised for significant renovations and a big expansion. The three-story building, which faced the Central Artery of Boston’s elevated highway when built during the 1980s, now faces the Rose Fitzgerald Kennedy Greenway. However, the portion facing the Greenway is largely closed off, with entrances to interior shops and offices accessible only via the other side. If the project proposed to the Boston Planning and Development Agency comes to fruition, that – and much more – will change dramatically. 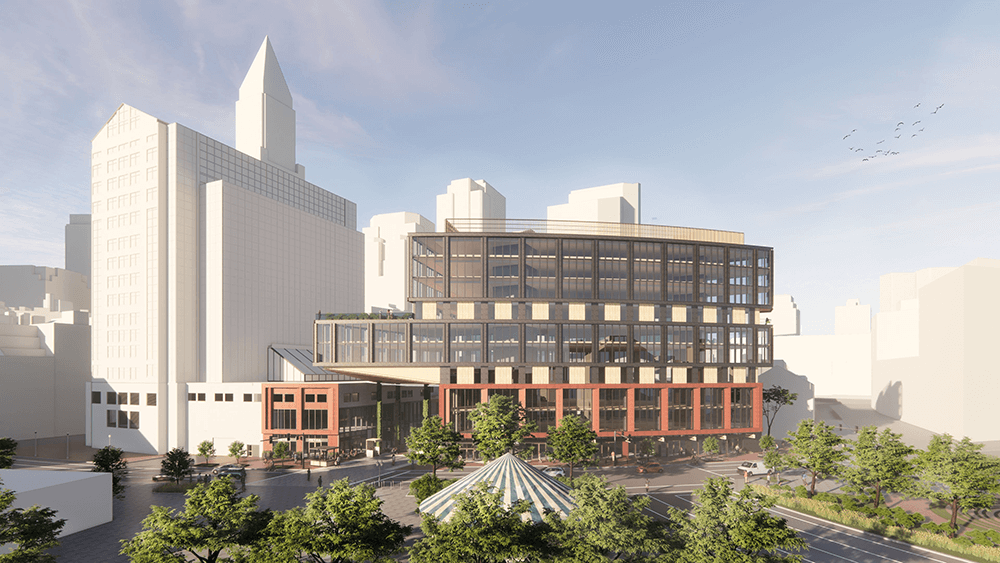 On December 14, New York-based Gazit Horizons, Inc., the North American counterpart of Israeli real estate development conglomerate Gazit Horizons, filed a project notification form with the BPDA outlining its plans for Marketplace Center, which currently houses retail and office space across three stories. According to the plans, changes will be made to the façade – specifically, canopy overhangs will be filled in – and seven stories of new offices will be added on top.

The complex consists of two structures: the three-story North building, which is the subject of the project notification, and the two-story South building. The two are connected by a pedestrian bridge and a steel canopy. Altogether, they offer around 10,000 square feet of office space and around 52,000 square feet of retail space. The $100 million project being proposed by Gazit will open up the street on the Rose Kennedy Greenway side. In turn, historic Faneuil Hall will become opened up to the waterfront, producing a more “dynamic, desirable location,” according to the project notification.

Marketplace Center is part of a retail and condo portion of the adjacent 16-story office building at 200 State Street. Gazit acquired the property, which is 85% occupied mostly by short-term lessees, for $81.9 million in 2019. In its filing with the BPDA, the firm proposes creating a “grand portal” at the site, opening up Faneuil Hall, Marketplace Center and beyond to the Greenway and waterfront.

According to the filing, the structure will retain the existing Compass Rose on the western edge as an open space for events and various types of programming. It will also be available for use by small and local businesses. The proposal also cites new resiliency measures for the structure, including improved building systems, reduced water usage and the integration of “flood-resistant materials” into the upgraded design. 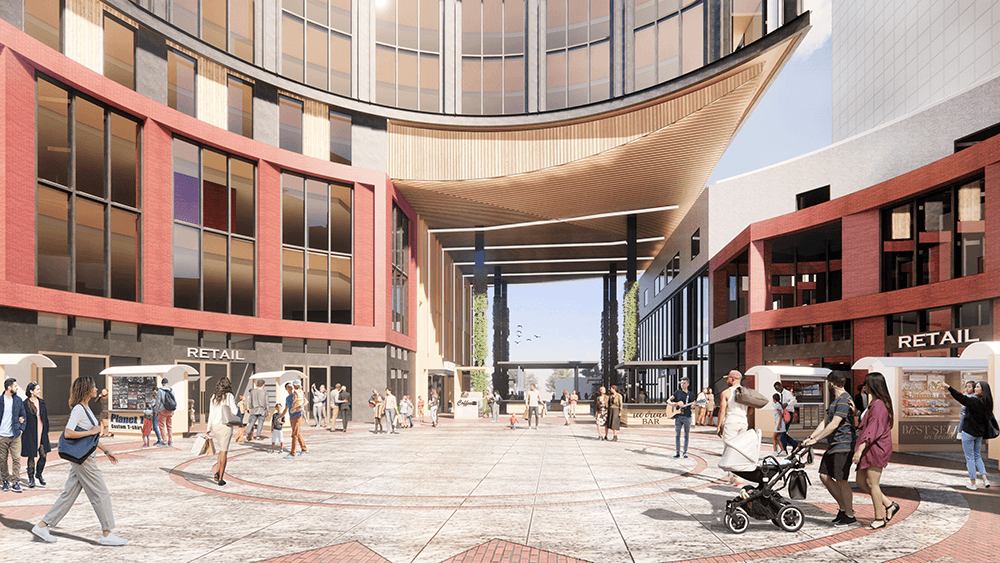 All told, the proposed project will add 45,550 square feet of retail and public amenity space and 145,500 square feet of office space. Gaining approval for this shouldn’t be difficult. With the addition of seven new stories, the renovated structure will stand 125 feet tall. A residential building with 200 luxury condos that was proposed atop the adjacent Dock Square garage has been approved for that height by the BPDA.

Drawings depicting the renovated and upgraded Marketplace Structure are included in the project notification filed with the BPDA on the 14th. CambridgeSeven is the architectural firm assigned to the project, while Bishop Land Design is handling the landscape architectural design plans. A specific timeline for the project has not been released, but the developer expects the work to take anywhere from 15 to 18 months to complete. 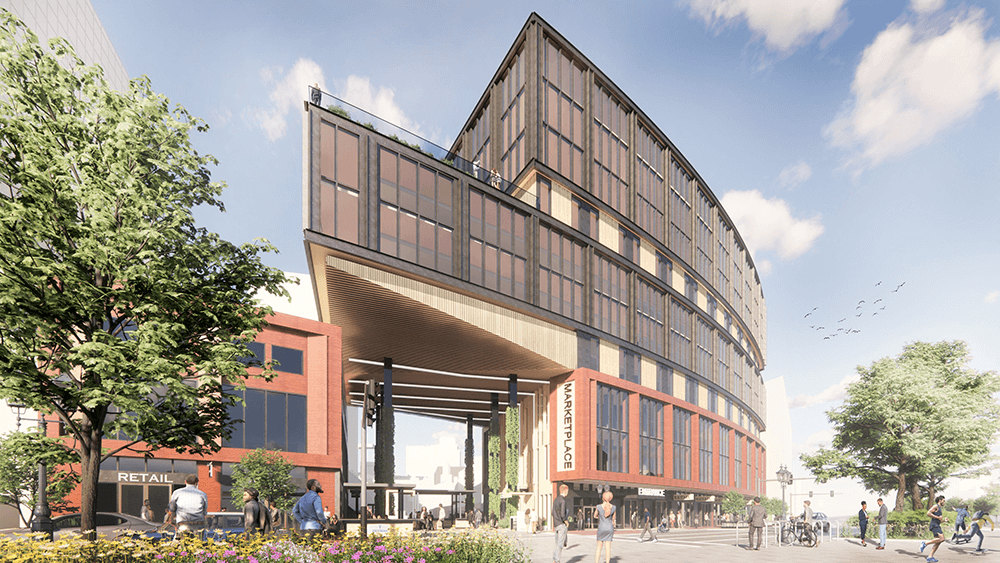 Although the adjacent 17-story office tower is currently 85% occupied by short-term tenants, most of whom have leases of three years or less, the developer hopes to retain as many of them as possible. Visitors will likely continue to believe that Marketplace Center is a continuation of sorts of Faneuil Hall, which isn’t correct. The renovation work will create a more distinct look for Marketplace Center and add retail entrances onto the Greenway. An office entrance may also open to the Greenway as well. Currently, Marketplace Center and Faneuil Hall share a website, and they also typically go in together on holiday decorations. That’s not the case this year, though, primarily because of the ongoing pandemic and the upheaval happening from the proposed plans.

With the new condos going up over Dock Square garage, this section of Boston will look a lot different within a year or two. However, most would agree that the changes are positive, especially given the gaping hole left in the wake of the Big Dig.