More big changes are on the horizon for Dorchester Avenue between the Broadway and Andrew MBTA Red Line stations. On December 17, the Boston Planning and Development Agency approved plans filed by Newton-based developer National Development for a sprawling lab and residential campus. An extension of the developer’s overarching Iron Works mixed-use development, which has already seen a lot of development along 10-80 Colony Avenue, the newly approved 1.1-million-square-foot project will consist of four buildings – two for labs and offices, two for housing – across 5.4 acres.

The plans approved by the BPDA call for the construction of 623,000 square feet of life science lab and office space across two buildings and a combined 310 housing units across two additional buildings. The structures will be located at 325-365 Dorchester Avenue and will also include approximately 50,000 square feet of retail and restaurant space.

Originally, the developer proposed a single residential building for the site. However, after considering the 5.4-acre site as a whole, the matter was given more consideration. After receiving feedback from the community at large and the BPDA, National Development opted to make different use of the site, which long served as the crane yard for Marr Cos. Ultimately, the developer chose to reduce building heights and open up space at the ground level. Today, there is overwhelming support and enthusiasm for the plans among the community. 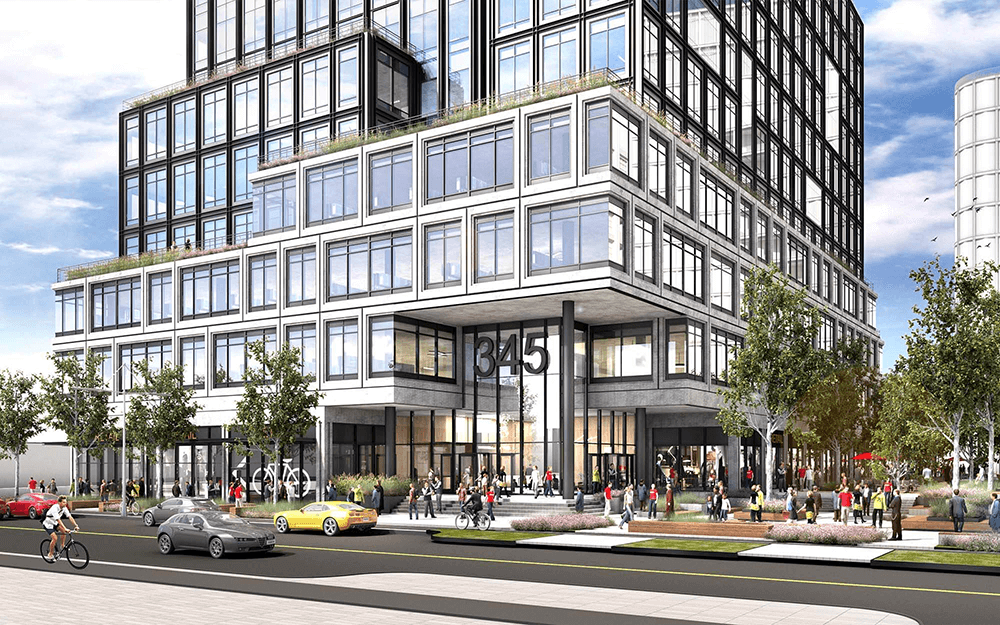 Iron Works is one of several projects being born from the development of the BPDA’s Plan: Dot Ave., a study highlighting development opportunities between the Broadway and Andrew MBTA stations. Finalized by the agency in 2016, the plan allows for taller buildings and calls for 12 to 16 million square feet of new development – more than half of it housing – across the 144-acre area. Buildings in the development area may range from 141 feet to 200 feet in height and between 11 and 20 stories.

National Development has already made its mark on the area included in Plan: Dot Ave., as evidenced by its work at the former home of Cole Hersee’s office, distribution and manufacturing facilities along Colony Avenue. The former electrical manufacturing factory has been converted into various retail establishments, including the production facility and retail storefront for Tatte Bakery & Café. Other tenants who have already moved in include Rock Spot Climbing and a Castle Island Brewing Co. taproom. More tenants are already in line to move into the site.

Several other small residential developments are currently underway in the development zone. Another large project proposed to the south, closer to the Andrew MBTA station, would add more office space to the area. On top of that, construction began earlier this year on Washington Village, a 746-unit apartment development on the east side of Dorchester Avenue.

The proposed four-building development approved by the BPDA a few days ago will be the first large-scale, ground-up development phase for Plan: Dot Ave. Situated west of the Cole Hersee site, it is being developed on the site of the former South Boston Iron Works, which was incorporated in 1827 and lent its name to the new development. 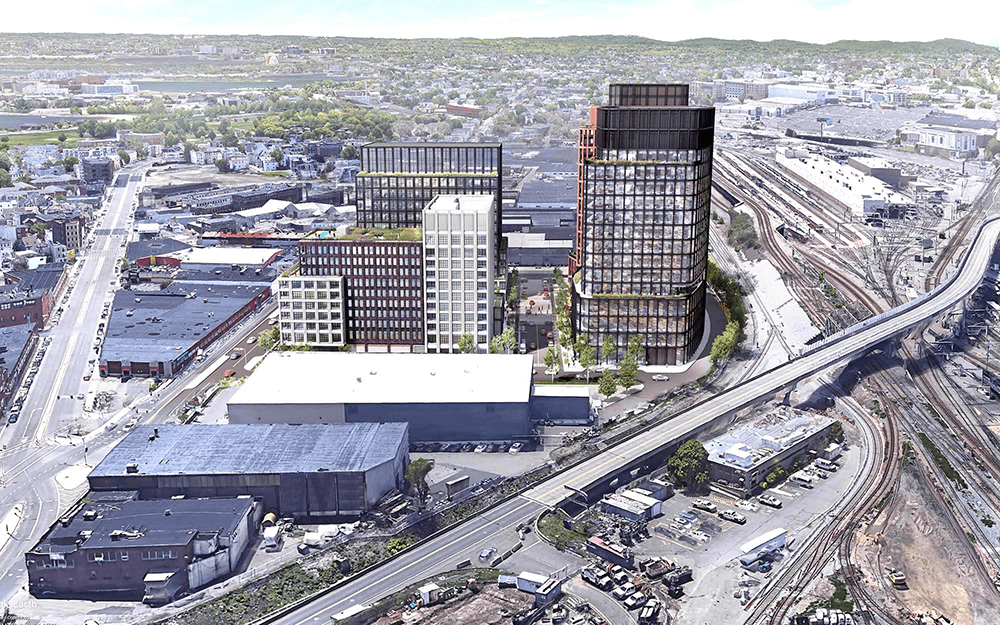 Without question, the new development along 325-365 Dot Ave. will be the largest yet along the corridor, which has mostly seen the construction of mid-rise apartment and condo buildings in recent years. Since it includes office and lab space, it will undoubtedly bring new jobs to South Boston – something that was cited by community members repeatedly during negotiations. The 5.4-acre project will add new streets and open spaces to the neighborhood, including bicycle lanes and pedestrian improvements along Dot Avenue. These changes reflect the changes wrought by the pandemic, which have increased demand for open spaces and greater work-life flexibility. They will also help create a cohesive new neighborhood that ties into the rest of the region.

The design team for the project includes Boston-based Elkus Manfredi Architects, Portland, Oregon-based ZGF Architects and Cookfox Architects and Future Green Studio, both out of New York. All told, the four buildings will add 1,073,000 square feet of residential, lab and office space to this stretch of Dorchester Avenue. The 30-month construction project could begin as early as July 2022.