Industrial Property Rents in Metro Boston Among Highest in Country

For some time now, residential real estate has been experiencing a boom that no one could have envisioned in the wake of a global pandemic. Boston has been no exception, but bidding wars aren’t just reserved for single-family homes and condos. According to a recent report, Boston has among the highest rent growth for industrial properties in the U.S. Along with other major coastal metro areas, including northern New Jersey, Philadelphia and California’s Inland Empire, bidding wars for warehouse and logistic space have erupted across Greater Boston – and the situation isn’t likely to settle down any time soon. 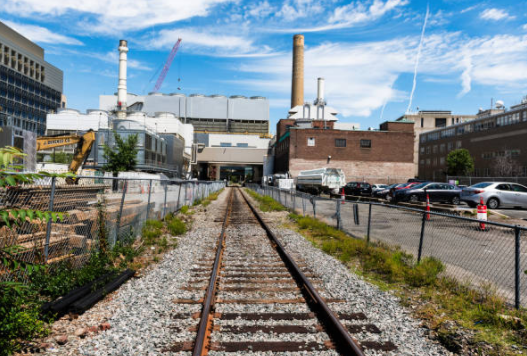 As with the housing market, high demand and rock-bottom vacancy rates are pushing up asking rents for industrial and logistics properties across the region. However, even more telling is that taking rents – first-year base rents on industrial leases of 12 months or longer – have surged dramatically too. In other words, just as with the housing market, companies that are looking for industrial space in Boston are making offers well above asking just to get their foot in the door. According to the new report, metro Boston ranks sixth in the country for industrial rent growth after experiencing a year-over-year 14.8% increase in base rents from late 2020 into early 2021.

Across the U.S., industrial asking rents rose by a record 8.3% year-over-year in the fourth quarter of 2020 and by 7.1% in the first quarter of 2021. These are the highest increases the market has experienced since 2017. Meanwhile, taking rents across the nation were up by 9.7% on a year-over-year basis during the first five months of 2021. Boston is perennially a popular spot for warehouses and distribution centers with its proximity to major seaports and population centers. With ultra-low vacancy rates and a slowdown of new construction, demand for such space is at a fever pitch.

This increased demand is attributable mainly to the after-effects of the pandemic, which caused a massive surge in e-commerce sales. By 2025, eCommerce sales are expected to account for 26% of all retail sales – a significant increase over 2020, when they accounted for approximately 20% of retail sales. As the economy continues to improve, demand for industrial space will only increase. Many tenants are seeking industrial space in secondary markets, so you can expect to see demand for warehouses and the like to surge across outlying areas of Greater Boston. Stay tuned to Boston City Properties for continuing updates about Boston’s industrial property market.