Drizly Relocating to New Headquarters, Remaining in Back Bay

Hot on the heels of its acquisition by Uber, Boston-based alcohol delivery service Drizly recently announced it would relocate to new subleased space shortly. However, the company’s new headquarters will remain in the Back Bay. Currently, Drizly’s headquarters are located at 334 Boylston Street. Soon, it will move into newly subleased office space at 501 Boylston Street – a move that will give the company a lot more space and room for growth, which it could need soon. Since the pandemic, Drizly’s fortunes have soared as people seek ways to get alcohol without venturing into public. 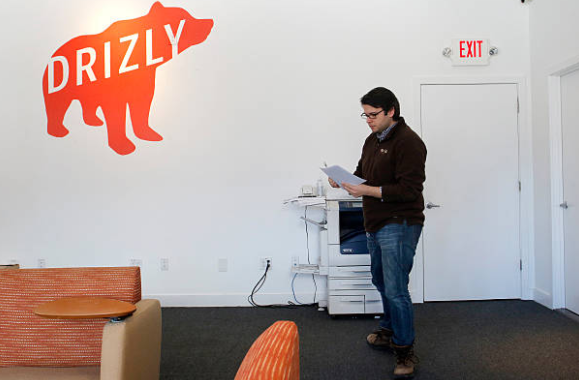 The alcohol-delivery company will soon sublease 30,655 square feet of office space at its new digs. Drizly is subleasing the space from temp agency giant Aquent, which is currently looking to shed the vast majority of its real estate. Indeed, the company recently announced that it would allow all existing leases to lapse. It will strictly sublease space until nearly all employees are working remotely. Ultimately, Aquent expects to shrink its footprint to just around 10,000 square feet. Like many companies, the pandemic has shown Aquent that workers can still be productive while working remotely.

Drizly’s new subleased space is described as “plug and play,” including everything the firm needs to hit the ground running. The site has an open floor plan and unassigned desks, providing exceptional flexibility and versatility for the growing business. Indeed, Drizly expects to hire upwards of 100 new employees in the coming months, so the company will likely need even more space before too long. Its growth comes in the midst of the worldwide pandemic that has been happening for more than a year. In fact, Drizly became profitable for the first time near the start of the pandemic, as people sought ways to obtain alcohol without going out in public.

Currently, Drizly has 270 employees, and it operates in 30 states. In addition to the headquarters in Back Bay, the company has a second office in the Denver area. Thanks to its acquisition by Uber, the company expects to grow even faster in the next several years, and it could even end up needing more office space in the Boston area. The ride-share giant acquired Drizly in February for $1.1 billion.

Although Uber has acquired Drizly, the brand isn’t going anywhere. Its existing marketplace will be integrated with the Uber Eats app, allowing people to move beyond ordering food and giving them the option to order alcoholic beverages from home. However, a separate Drizly app will still be available for those who don’t use Uber Eats. Drizly expects to hire around 100 new employees this year. Most of the positions are in engineering and development, but the company will also hire people for its marketing, products and analytics divisions. With bigger digs in Back Bay, Drizly is cementing its place in the upscale Boston neighborhood, and it will be interesting to see where it goes next.