It’s been many years since any appreciable amount of lab space was routinely available at Kendall Square. Over the last few years, overflow from biotech firms seeking suitable space has poured into the Seaport District, which has emerged as the second-largest life sciences cluster in the region. With space there running low too, firms are setting their sights on a promising new prospect: Somerville. Recently, a prominent venture capital firm in the life sciences field entered into advanced discussions to lease the entirety of the first lab building built in the city’s emerging Boynton Yards campus, confirming that interest in the area should be strong. 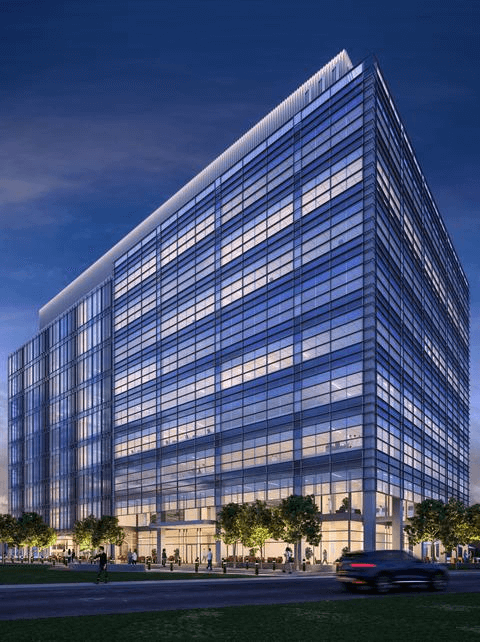 In mid-March, Flagship Pioneering – one of the largest local venture capital firms for some time now – entered into advanced talks with the developer of the new lab building at 101 South Street. Ground broke on the project in July 2019, and it will be ready for tenants shortly. Developers took a bit of a gamble by constructing the building on spec, meaning that they lined up no tenants before breaking ground. However, Flagship is poised to lease all 289,000 square feet in the nine-story building – a move that’s sure to generate more interest in lab space across the future Boynton Yards campus.

The new lab building is the city’s first, and the fact that it’s close to being fully leased by a single tenant is exciting news for the region. Of course, it’s just one of many developments taking place across the city right now. The building, situated on a three-acre site, is within easy walking distance of the future Union Square MBTA station, which will provide service for the new Green Line extension currently in the works. The project will add a 4.7-mile-long spoke to the Green Line, passing through Somerville and terminating in Medford.

Flagship Pioneering provides funding to major biotech firms like Moderna Inc., Foghorn Therapeutics and Codiak Biosciences. The venture capital firm also establishes and launches its own startups in the life sciences and sustainability sectors, which is a big reason why the company is seeking to lease the entire new lab building. In doing so, it can house numerous startups under one roof without dealing with the hassle of individual leases, giving firms the flexibility to expand or shrink their real estate footprints more easily.

Biotech startups are famously volatile early on, which creates issues when seeking lab space for their operations. Many things hang in the balance as they start producing new medicines and therapies, so it’s difficult to predict future real estate needs. For example, when a startup gets approval from the FDA, it has to expand rapidly. On the other hand, if a startup’s trials don’t go well, it may be forced to shrink its footprint just as quickly. By leasing the entire building at 101 South Street, Flagship will have the flexibility to move startups around without incurring huge costs.

With the imminent leasing of Somerville’s first lab building, it appears that Mayor Joseph Curtatone – who recently announced that he wouldn’t seek reelection after serving for 18 years – will get his wish. He has been a significant champion of attracting life sciences firms to Somerville, and he famously stated that he envisioned the city becoming a “pioneer in the biotechnology space.” With the potential for dozens of biotech and life sciences startups to occupy the new lab building, buzz surrounding Boynton Yards and Somerville as a whole is sure to intensify, and it will be interesting to see the city’s life sciences hub blossom in the years to come.